The largest of all stream insects in New Zealand is the dobsonfly Archichauliodes. This insect is also known as the “toebiter” and the 5cm long larvae can inflict a good nip.

The dobsonfly larva is an unusual-looking creature with a long thin gray body, a jet black head featuring two large ‘pincers’, leg-like gills along the abdomen, and fierce-looking jaws that are used to catch and eat other stream insects.

The jaws are powerful enough to give small fish a nasty surprise if they dare attempt to eat a large dobsonfly larva.

Dobsonfly larvae can be found in clean and moderately degraded stony streams. They are very tough, being able to survive freezing and being out of the water for several hours. Adult Dobson flies are spectacular insects with a wingspan of around 8cm.

Did you know? A dobsonfly larva is often mistaken for a centipede because it looks like it has a lot more than the six legs that insects are supposed to have. Most of the “spikes” sticking out its sides are gills not legs. It breathes in the water through its gills, and it moves around with its six legs. 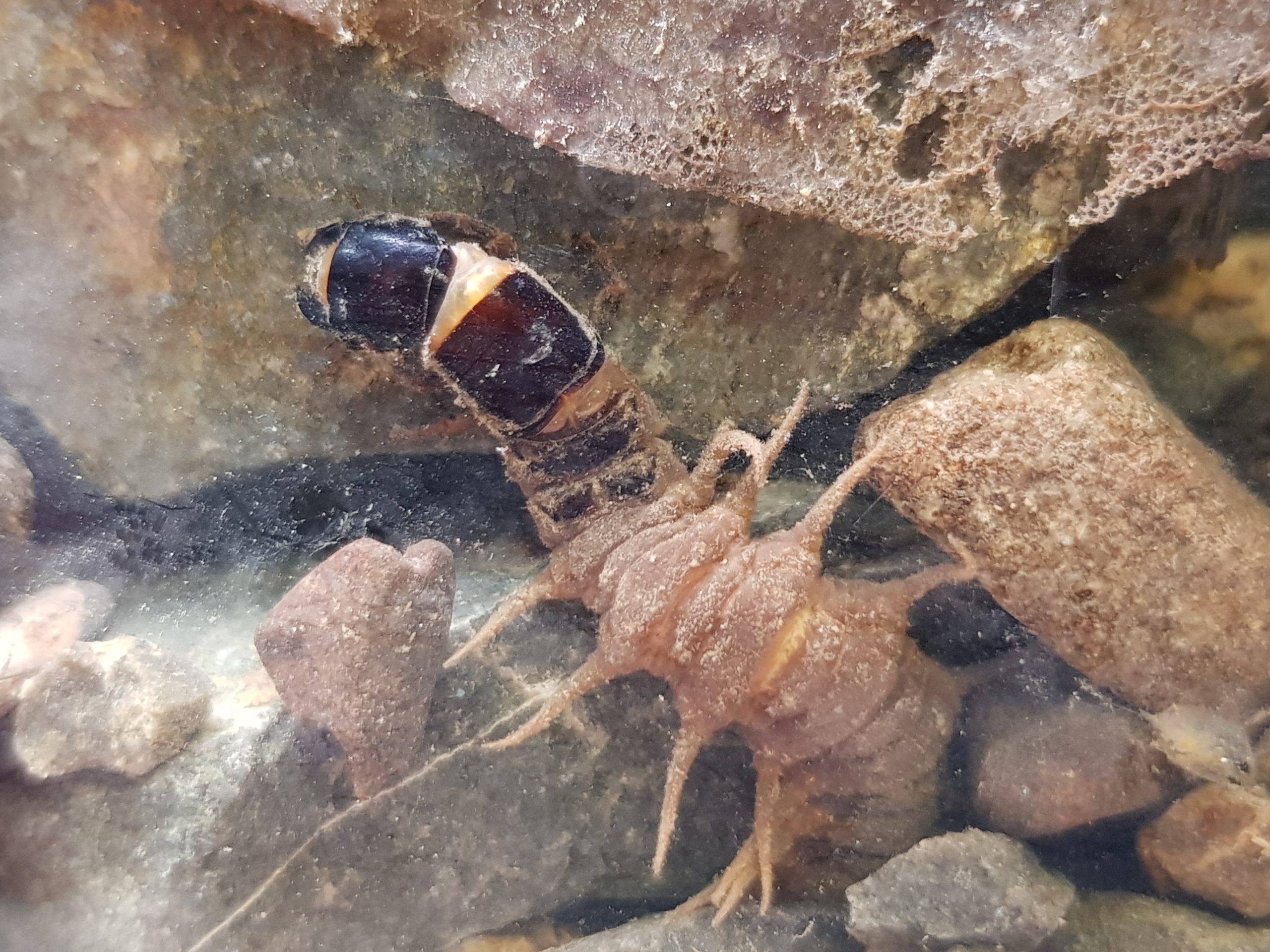 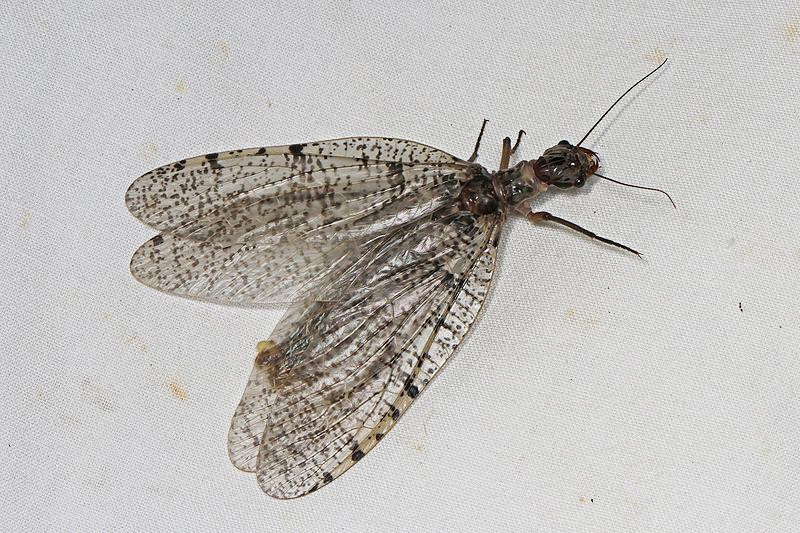