Kokakos are endemic to New Zealand and there are thought to be less than 2000 birds remaining. In fact, the South Island subspecies is likely extinct.

Kokako seem to prefer tall mixed lowland forest of podocarp and hardwood species that has a high diversity of plant species. 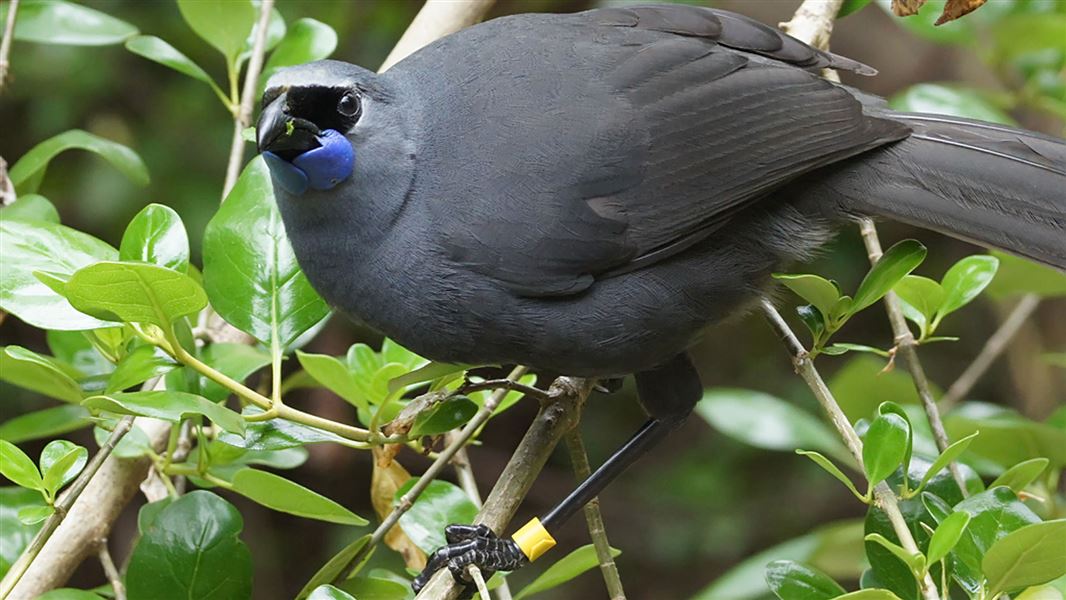 The decline of kokako has probably been due to forest clearance and fragmentation, destruction of food sources by goats, deer and possums, and predation on eggs, chicks and adults by rats, possums (Trichosurus Vulpecula) and the native harrier (Kahu). Research has shown that female kokako are particularly at risk of predation as they carry out all incubation and brooding throughout a prolonged (50-day) nesting period. Years of such predation have resulted in populations that are predominantly male and with consequent low productivity rates. Kokako live in territorial pairs all year and feed mainly on leaves and fruit. They have short rounded wings and are poor flyers, but hop from branch to branch on their strong legs and using their long tail to help them balance. They are renowned for the clarity and volume of their song. They have a loud, varied call, which is beautifully unique and easily distinguishable. In the early morning, a pair may sing a duet for up to half an hour with other kokako joining in to form a “bush choir”.

Did you know? Kokakos are not good flyers and prefer to use their powerful legs to leap and run through the forest.

In Maori myth, it was the kokako that gave Maui water as he fought the sun. The kokako filled its wattles with water and brought it to Maui. His thirst quenched, Maui rewarded the kokako by making its legs long and slender, enabling the bird to bound through the forest with ease in search of food.

Click here to hear the song of the Kokako