The forest is also home to some wonderful little bats (pekapeka). In proverb, the Maori refer to bats as pekapeka and associate them with the mythical, night-flying bird, hokioi, which foretells death or disaster. New Zealand has two sorts, the more common long tail bats and the rare short tail bats. The Scientific name of the Northern Short-tailed Bat is Mystacina Tuberculata. The only other Northland population that has been recorded is at Warawara on the west coast of Northland. Northern Short-tailed Bats are medium-sized (60-70mm long and wingspan 280-290 mm) and stocky with prominent pointed ears. 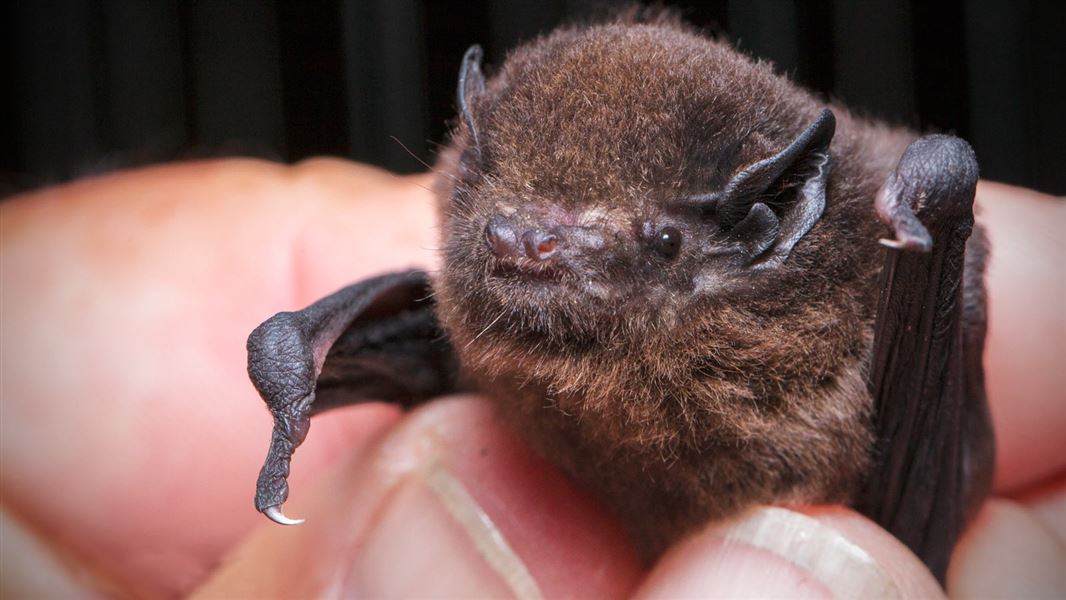 They roost in hollow trees and live in the interior of the forest. They feed on arthropods collected in the air or from the substrate (forest floor), along with fruit, nectar and pollen. They are partly carnivorous, and will feed on nestling birds. Short-tailed bats breed once per year in the summer, and fall prey to morepork, cats, rats and mustelids. They are the only NZ’s only terrestrial native mammals. Their decline has been attributed to human interference, forest clearance and predation.

Did you know? The short-tailed bat is one of the few bats in the world which forages the forest floor for food, using its folded wings as ‘front limbs’ for scrambling around. The Long-tailed Bat (Chalinolobus Tuberculatus) has also been recorded at Puketi. These belong to a group called the lobe-lipped bats. They are small to medium-sized (45-50 mm long, wingspan 250-280 mm) and delicately proportioned compared to the chunky Mystacina.

Found only in New Zealand, the long-tailed bat is the most common species of bat. It is an insect-eater, feeding mainly on flying insects such as moths. The long tailed bat hibernates for 4-5 months of the year in colder parts of New Zealand. Mating takes place before hibernation and sperm is stored until ovulation and fertilisation takes place in the spring. The long-tailed bat is the only one of the three endemic species of bat that is still relatively common. It is most likely to be found on forest edges.

Did you know? The kauri forest short-tailed bat (M. t. Aupourica) is now found only in Omahuta forest, but probably lives in Puketi and Waipoua as well.