Kukupa are often seen on farms and in small towns because they move long distances in search of food made up of fruit and leaves when they are not breeding.

They are endemic to New Zealand, but also rapidly declining. Threats to kukupa include poaching, predation by rats, stoats and cats, and competition and predation by possums. 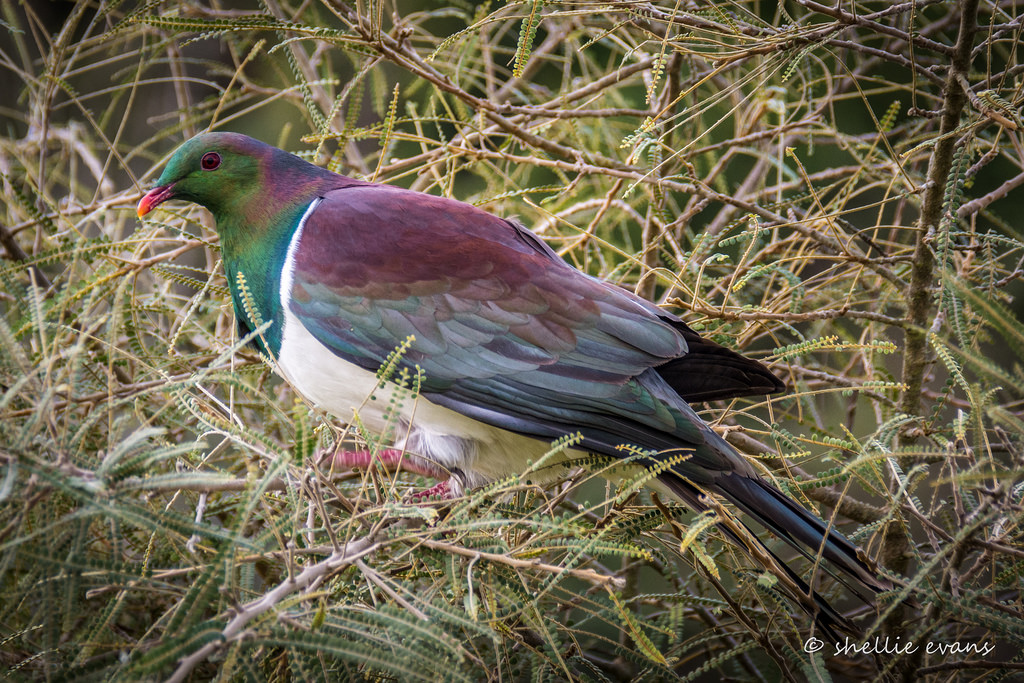 Large flocks of kukupa are often seen feeding on fresh willow shoots or tree lucerne in farmland. Conservation of kukupa is particularly important because they play an important role in the ecology, regeneration and succession of native forests. They act as a keystone species by dispersing large seeds (such as tawa, puriri, taraire, karaka, hinau and miro), which are too large to be dispersed by smaller birds. Perhaps the only other large seed disperser is the weka, which is now nationally rare and extinct in Northland. Without birds to spread the seeds of large trees the forests will alter dramatically and many of these tree species may be lost.

Kukupa breed according to fruit availability and will not breed if fruit supply is low. They lay their eggs in September to February and can lay more than one clutch per year. They lay only one egg and both adults incubate and feed the chick. Kukupa chicks are fed on a rich secretion called crop milk, which both adults produce. As it grows, the chick also eats regurgitated fruit.

Did you know? During the breeding season they show the ‘display dive’: a bird, usually a male, flaps upwards, stalls, and then dives swiftly on stiffly held wings.

Click here to hear the song of the Kukupa