Possums are not native to New Zealand and in this country have no natural enemies. Since possums were first introduced into New Zealand from Australia in the 1840s by people trying to establish a fur trade, their numbers have reached 70 million!

Like a number of other Australian animals a possum is a marsupial—that is an animal that carries its young in a pouch.

These furry marsupials may look cute but they ravage the native New Zealand bush and unfortunately, Puketi Forest is no exception. 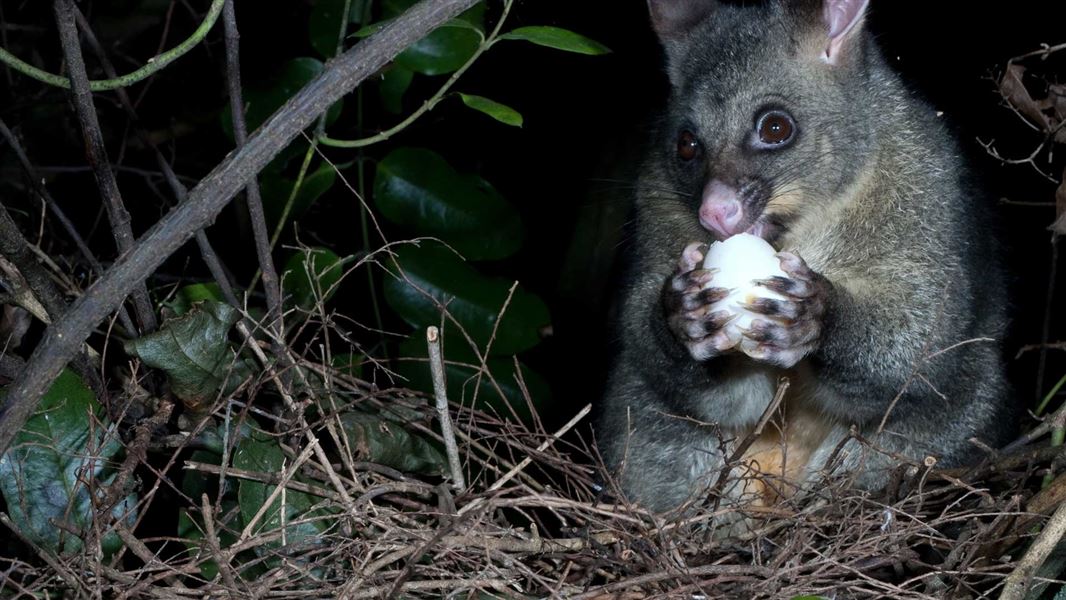 A possum has sharp claws, which are good for climbing trees, a bushy tail and big ears (to hear other possums during the night). The possum, like cats, is nocturnal, or active during the night, and can see well in the dark.

Possums have been known to eat whole canopies of rata, totara, titoki, kowhai and kohekohe and prefer new growth as opposed to old leaves. After two years of heavy possum browsing a tree will often die. This means that the possum is also destroying the homes of nesting birds.

Possums compete with native birds for food such as insects and berries, as well as for habitat. Possums also snack on native land snails. They are also a significant predator of bird’s eggs and chicks, such as those of the kereru.

Because the possum has no known enemy, its numbers have increased very quickly. For this reason, the possum is not protected in New Zealand,but is considered to be a pest.

Did you know? Possums can chew up seven million tonnes of vegetation a year!