Of the more than 1500 different moths in New Zealand, the biggest and most spectacular is the puriri or ghost moth of the North Island. Its pale velvety green markings give it a very ghost-like appearance.

The puriri moth (Anetus virescens) is New Zealand’s largest forest moth, having a wingspan of up to 15 centimetres.

As its name indicates, the puriri moth caterpillar lives in puriri trees, but it also favours beech trees, putaputaweta and wineberry. Once the caterpillar makes the transformation to adulthood, the lifecycle of the puriri moth accelerates, and a lucky moth (one that has been able to evade a hungry morepork) will live for about two days. 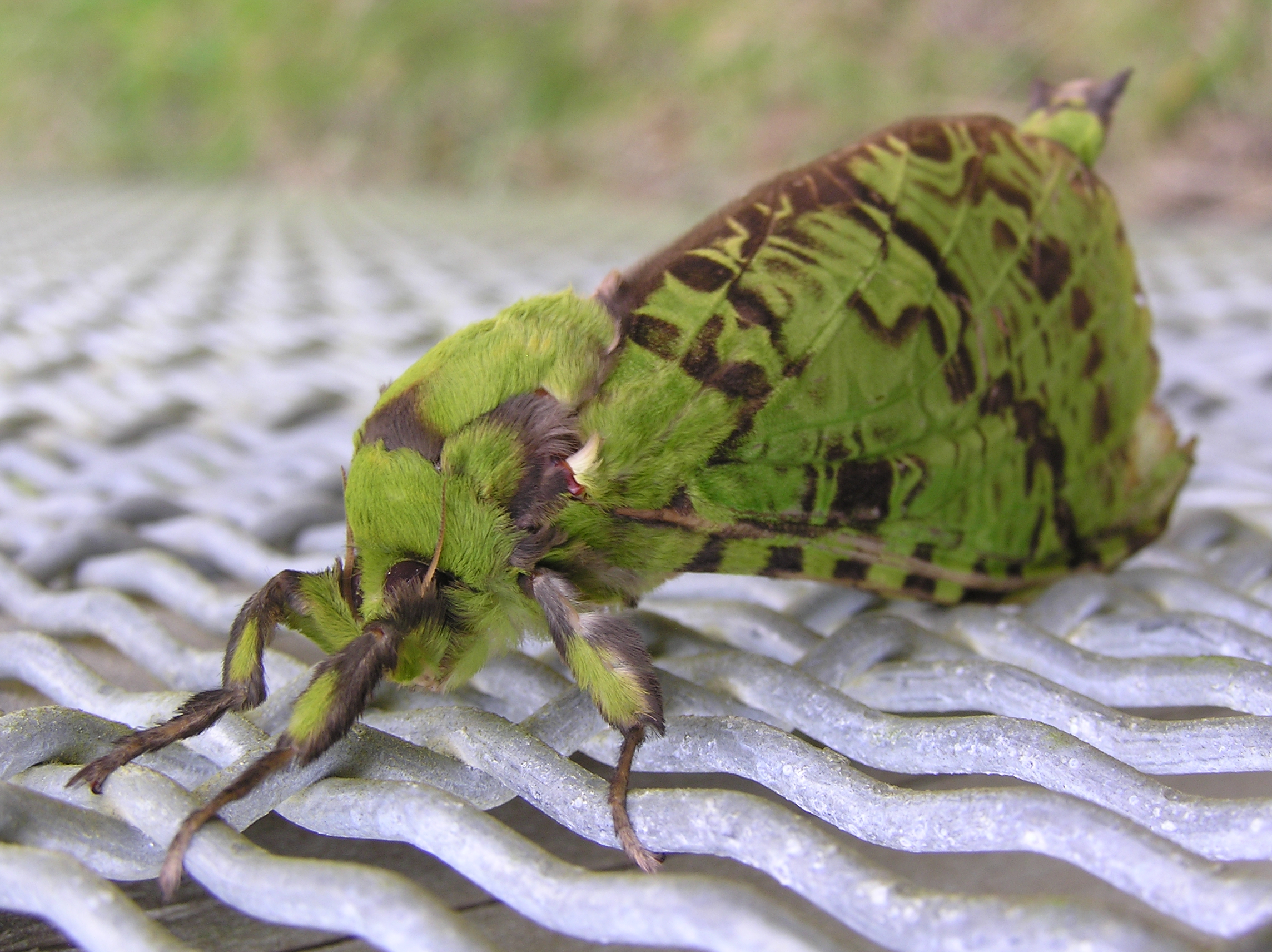 Puriri moth caterpillars feed on the wood of puriri trees and many other species including maire, manuka, wineberry, southern beech, oak and apple. They dig burrows up to 30-centimetres long.

The caterpillar stage can last five years. When the adult moth finally emerges, on warm humid evenings from September to November, it lives for only a couple of nights, long enough to breed.

Did you know? The puriri moth does not feed because its mouth parts do not work.