The kiore came in waka with the first Polynesians about 750 years ago and feasted on the undisturbed birds, insects and lizards. Kiore are now found only in Fiordland, Stewart Island and some off-shore islands. They have been displaced from the mainland by the larger and more aggressive European rats.

The Norway rat is the largest of the two European rats. It arrived with Captain Cook in 1769. These rats typically weigh around 400 grams and are excellent swimmers. Norway rats are not active tree climbers and are seldom found in the interior of forests. They frequent water courses, sea shores, farmland and cities, where they feed on ground-nesting birds and their young, and on other ground-dwelling animals such as lizards. They also raid human food stores and animal feeds, household scraps and compost heaps. Norway rats nest in burrows in the ground. 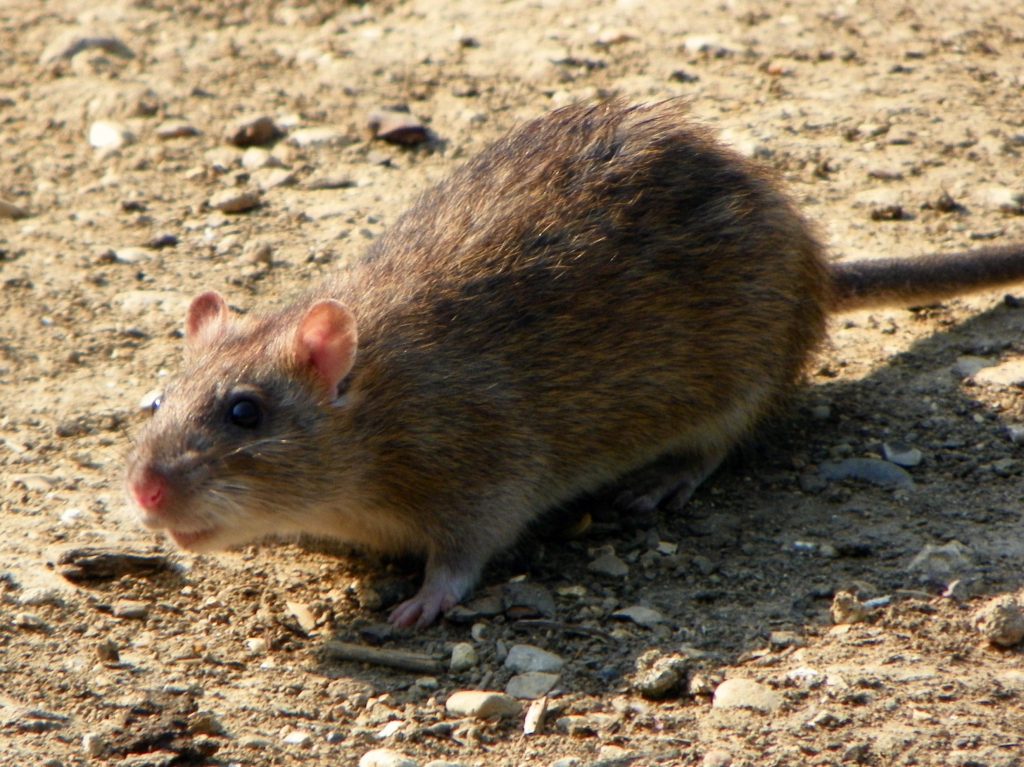 The ship rat has a tail longer than its body, and ears that cover the eyes when pressed forward.  An expert tree climber, it is the most common rat in forests and a deadly predator of New Zealand’s native birds, especially while the birds are nesting.  Ship rats were first seen in New Zealand in 1862 and the disappearance of large populations of saddleback, stitchbird and bellbird immediately followed. Ship rats nest above the ground in epiphytes, tree hollows, or make a ball of leaves among the branches. Ship rats are also associated with human activity and are found in buildings, rubbish dumps, orchards and hedges. 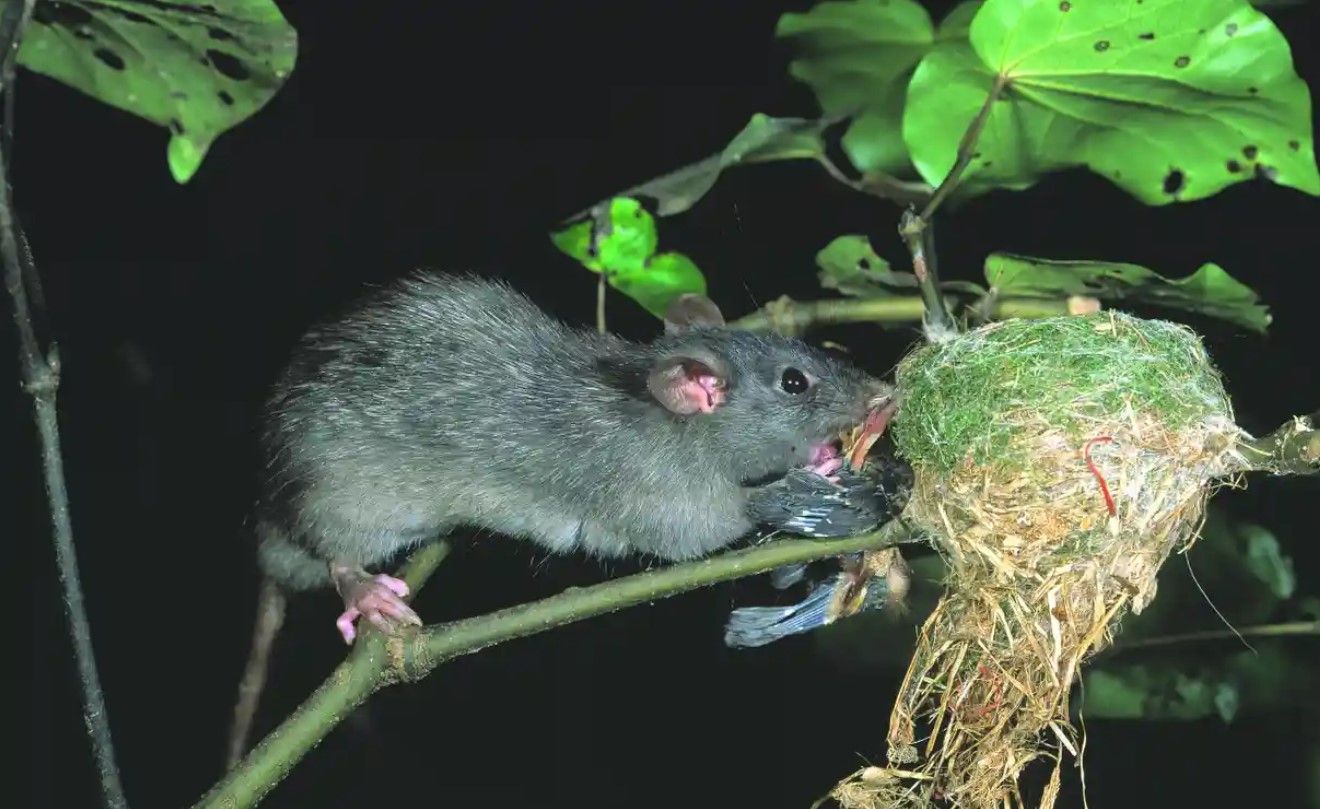 For larger birds, such as the kiwi, rats are not a predator but a competitor because the invertebrate diet of rats and kiwi is almost identical; both forage for surface invertebrates. In autumn and winter ship rats spend more time on the ground and the intake of invertebrates is high and plant material low. In summer ground is harder to probe and more insects are taken from the surface. Young kiwi have short bills and depend on surface insects. Competition from rats slows the growth rate of kiwi chicks therefore they take longer to reach the weight of one kilogram when they are safe from stoat predation.

Did you know? In a kiwi territory there may be over 100 rats.