In the forest at night, chances are good that you might hear the morepork (ruru) calling in his order for dinner.

Morepork is the most widely distributed and abundant of the three species of owl in New Zealand. It is a sub-species of the Australian Boobook, a slightly larger owl. This name, like the common New Zealand one, is based on the bird’s usual call as, too, is the Maori name, ruru.

The morepork is one of a number of native species that have adapted themselves to environments that have been greatly changed since settlement. Predominantly birds of the native forests, they now frequent some city parks and even pine forests. 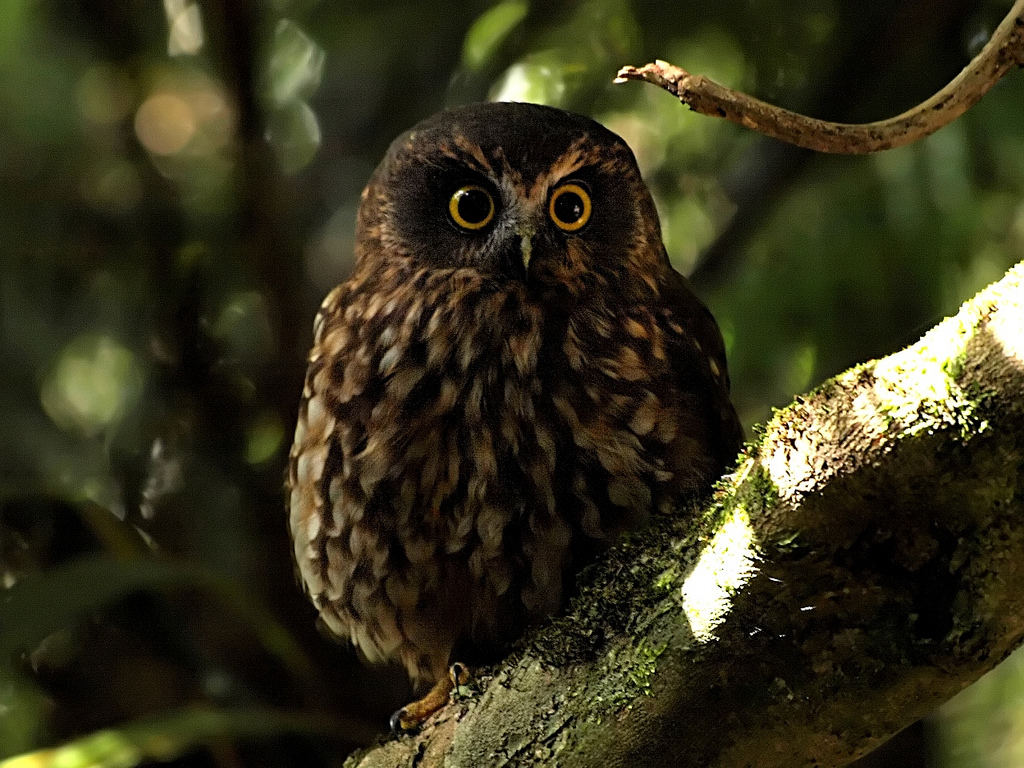 Though usually active only when dusk has fallen or before daylight, moreporks may sometimes appear in the forest during the day and then run the risk of being noisily mobbed by any songbirds in the vicinity.

Rich spotted or streaky brown in colour, moreporks have a brown face and golden eyes, though the latter are seen only at their best in bright light when the pupil is fully contracted. Food is mainly insects, but bats, small birds, and even rats, mice, and lizards will be taken when opportunity permits. Undigested material is disgorged in the form of pellets. In common with other owls, moreporks have excellent and accurate hearing and an almost silent flight.

Mating occurs in September. Between October and December a nest is made in a tree hole or in a thick clump of the perching astelia or kiekie. In most instances two eggs are laid; incubation takes about a month and the young leave the nest some five weeks later. The life span in the wild is 5 to 11 years.

Did you know? A morepork motif appears in the wide staring eyes of certain Maori carvings.