The shortfin eel, or Anguilla australis, is smaller than its cousin the longfin eel.

They also differ from longfin eels in the length of their dorsal fin. In longfin eels the dorsal fin is longer and extends forward towards the head. Shortfin eels usually have a silvery belly compared to a yellowish one on longfins, but colours can vary quite a bit.

Shortfin eels feed mostly stream insects and also snails and shrimps. When they grow larger, they add fish to their diet. Shortfin eels are good “climbers”—they can often climb up walls and dams that block the paths of other fish, such as the banded kokopu.

They typically live upstream among logs and along river banks. When they are 35 years old, these eels migrate downstream and out into the Pacific Ocean where they lay between one and three million eggs. When their young are one-and-a-half years old, they swim back to the mainland and to a river and turn a brown colour. 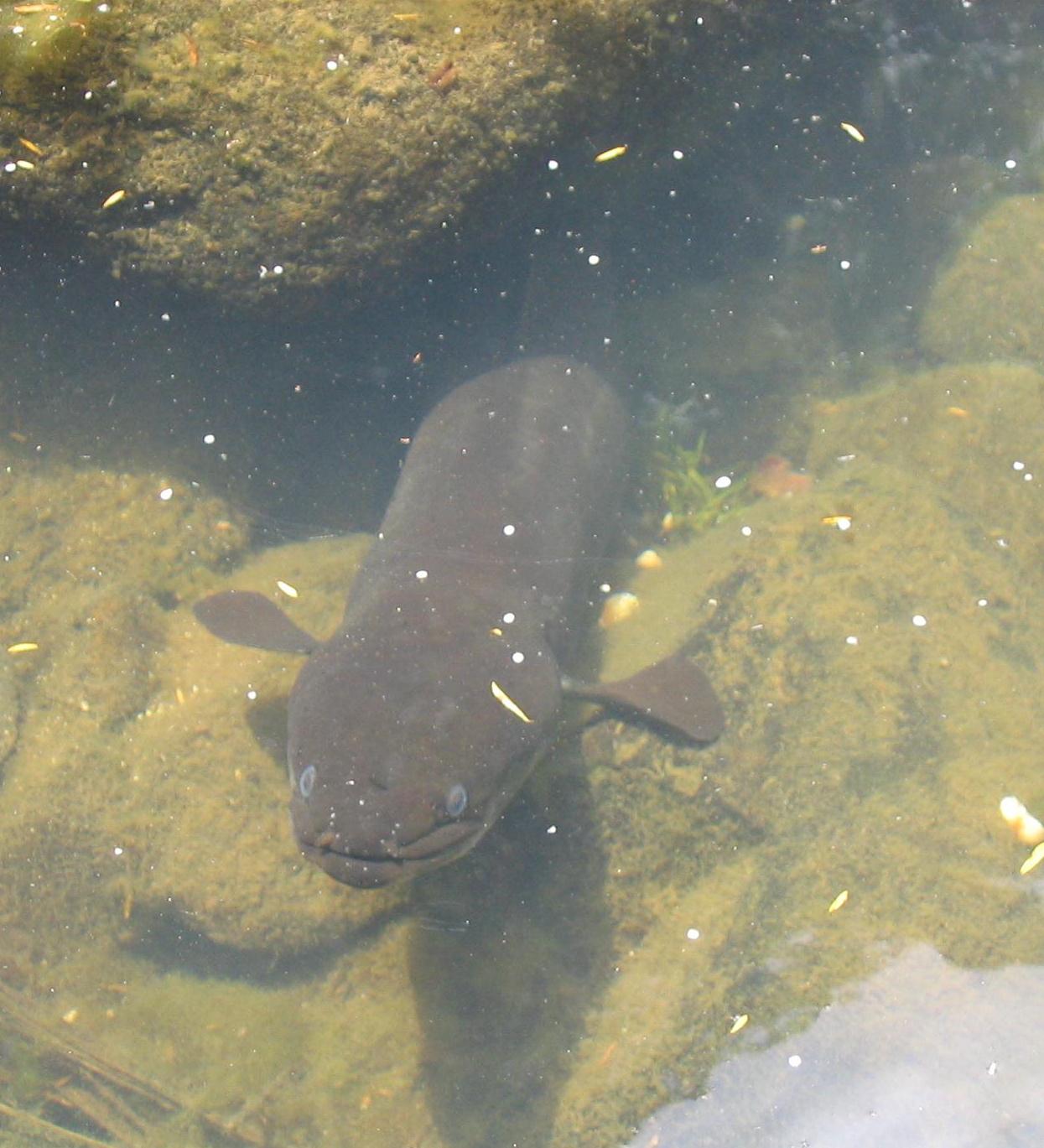 Did you know? Although they vary in colour, pure yellow shortfin eels have been caught.