Slightly smaller than the house sparrow, the silvereye is olive-green on top, pale chestnut underneath, and there is the characteristic, almost complete, ring of white feathers around the eye.

The Silvereye has a fine tapered bill and a brush tipped tongue like the Tui and Korimako, the bellbird, for drinking nectar. Males are slightly brighter in plumage than females. The Maori name for silvereye, “Tahou” means “stranger”. 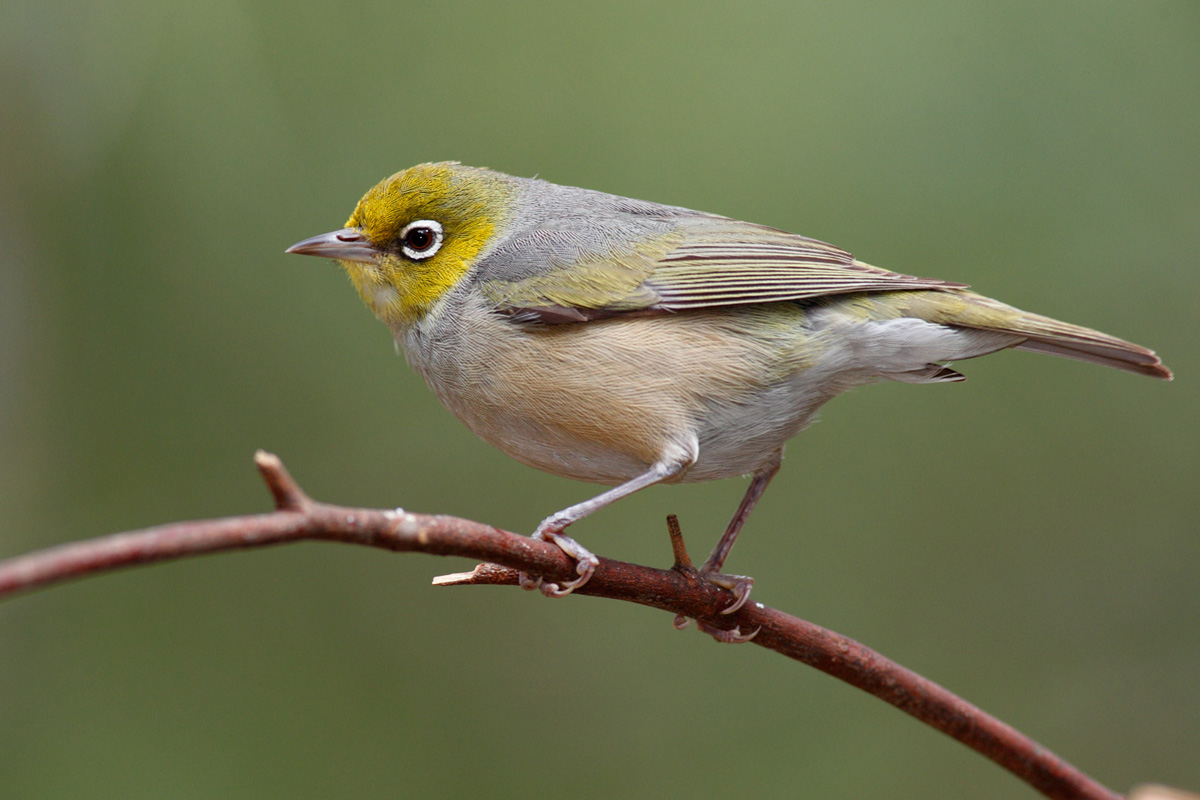 Silvereyes were recorded in New Zealand as early as 1832. They were at first welcomed by the early settlers and set to work in gardens and orchards and cleared out the aphides and scale insects that infested apple trees, but they soon outstayed their welcome when they damaged fruit crops as well.

Their success as a species has likely a lot to do with their varied diet which is mainly comprised of insects, fruit and nectar, but they will also readily take fat, cooked meat, bread and sugar water from bird tables.

Breeding occurs mainly between September and December and at least two broods may be raised during this time. The nest is a delicate cup-shaped structure made of grass, moss, and hair, and is slung like a hammock between branches at no great height from the ground. The eggs are pale blue and the average clutch size is three.

Their song is a pleasant rapid warbling which has some resemblance to that of the skylark, though it is less powerful and sustained and not given while soaring. At other times a quiet twittering may be heard.

Click here to hear the song of the Silvereye